Home » The day of reckoning has finally dawned

The day of reckoning has finally dawned 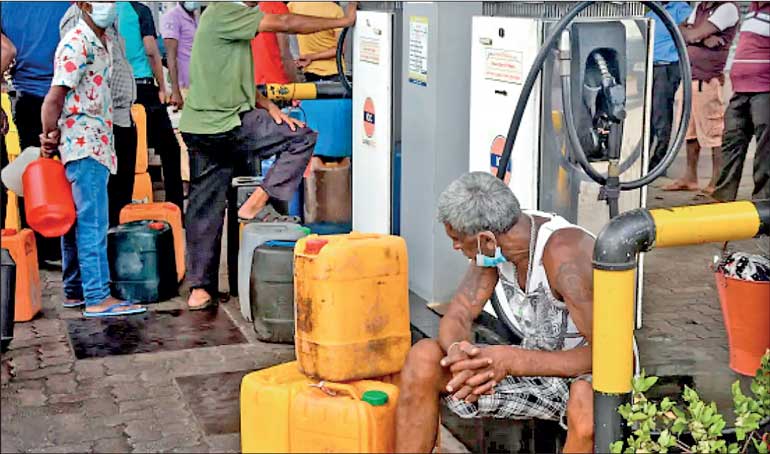 Majority of the people in Sri Lanka have finally realised the country is fast approaching the precipice of a failed state and that it will in its wake inflict irreversible injuries on the people at all levels of society. The dollar shortage has caused power and fuel shortages affecting all sectors while skyrocketing prices of essential goods have disrupted life across the country.

The elected rulers are under obligation to serve all the citizens by putting the country first and not act out of political expediency but principles, but in Sri Lanka they have robbed the country dry, mismanaged the economy and refuse to go saying they have a mandate. The mandate of the President and Parliament is long gone when they failed to honour their commitments to the people. The country needs a fresh set of leaders to get us out of this pit. The current lot simply can’t start from the President to the Opposition Leaders. None has presented a viable recovery plan worthwhile even talking about in this article.

A businessman who became a politician says he knows what to do. Making money scrupulously or unscrupulous is very different to running a country, politics is a totally different challenge. That is why billionaires like Branson, Musk and Zuckerberg don’t waste their valuable time doing politics. They work towards changing the world with their innovations.

We certainly can’t get out of this crisis by doing ‘Sillara’ things. We need fundamental change of a high order and we need to integrate with the world. That requires serious education and experience. We cannot be a cowboy nation. Today we have a set of international creditors who have no faith in our future, largely due to our political leadership and the capacity in the bureaucracy. We have a set of bureaucrats who can’t say boo to a goose in an international forum.

What happened to our once respected civil service? Then we spend billions on a foreign service that has absolutely no value. They should be at the forefront of this economic crisis. The foreign ministry lacks any viable leadership and it is best to shut it down till we get our act together as a country. How many tourists, FDI or trade arrangements or contacts have they delivered in the past one year? Showcase it to Sri Lanka if there are any tangible results. Some of them are President’s friends.

We cannot starve anymore for our top diplomats to sip wine at cocktails in various capitals. Run down the Foreign Service till we can get up as a nation. The Foreign Minister is seen all over the world. Has he mobilised one dime or a fuel ship for the suffering people?

Also the CBSL is taking decisions as though they are doing a service to their fellow citizens. They forget that they are being looked after by the taxpayers’ money. They have an obligation to look after the wellbeing of the poor by being dynamic and innovative. They are not doing that other than making life difficult for everyone.

The food crisis is largely manmade, the President’s decision to adopt organic farming last year turned out to be disastrous. The ban on all chemical fertilisers led to a surge in prices and food shortages. Although the policy was partially reversed later, the damage had been done. No one dared to say anything, including our religious leaders. The people who made money with their government contacts and those who ransacked the banks by getting loans with no security or got the banks to write off their loans were the only winners. The public is now paying for these excesses. We have all to take the blame for this mess caused by our leaders, for watching in silence until it was too late.

At least in the minimum they who destroyed the economy must be charged in court for mismanagement. Meanwhile all we can hope for now is for foreign and private institutions as well as men and women of goodwill to organise assistance to help our people severely affected by the economic crisis. Countries like Bangladesh and Nepal are proactively taking measures to prevent a Sri Lankan style crisis, whilst India is becoming a global leader by intelligently playing the global game. Whilst we are saddled with a large group of idiotic political leaders, who refuse to go in front of a mirror.