Home » 'The worst visa in the world': One man's plea to the new Australian government

'The worst visa in the world': One man's plea to the new Australian government

written by Top Stories Sat Jun 18, 11:13 pm Source
Reza Rostami is grateful for the protection given to him by Australia. Nine years ago he and his young family were on a perilous boat journey from Indonesia, organised by a people smuggler, during which his 18-month-old daughter nearly died. She hadn’t eaten for four days and stopped breathing.But life hasn't been easy for the psychologist, 53, and his family, since they fled Iran.

On arrival in Australia in 2013, they were detained on Christmas Island before spending two years in detention centres in Melbourne and Sydney. Five years later, the Australian government granted them Safe Haven Enterprise visas, a type of temporary protection visa which allows refugees to stay in the country temporarily for five years. 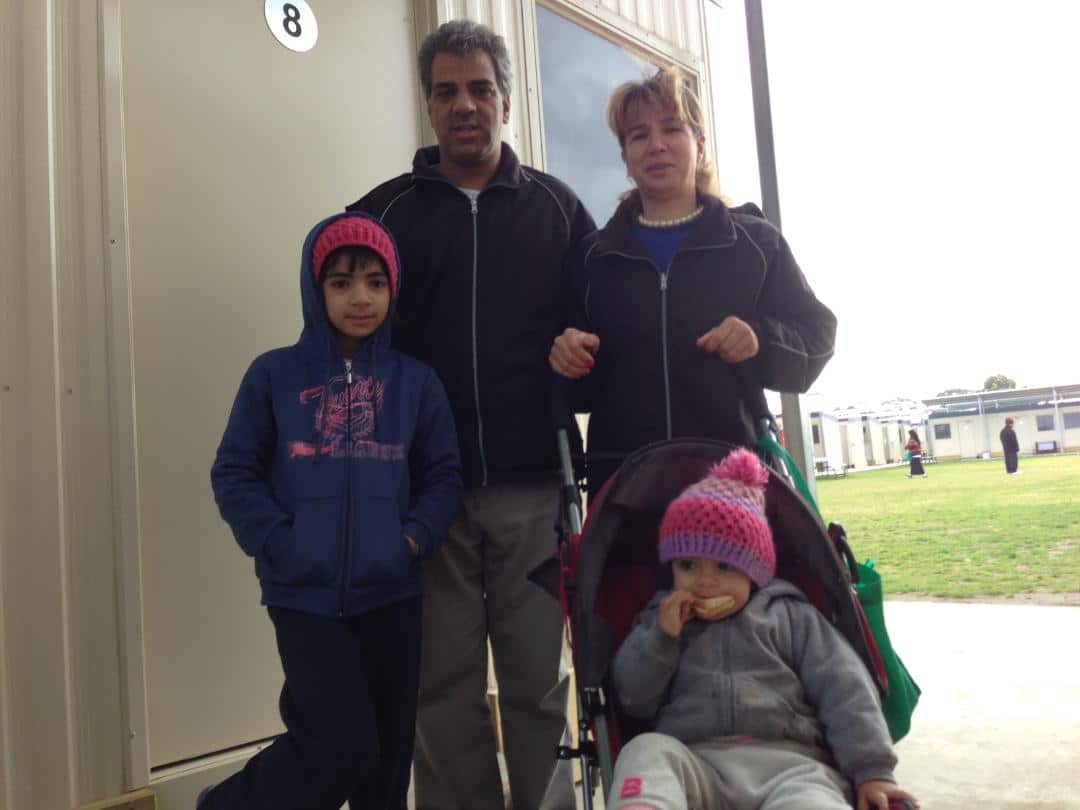 Reza Rostami and his family were detained for more than a year at the Melbourne Immigration Transit Accommodation. Source: SBS News / Supplied

But while Mr Rostami appreciates being given a new home, his family continues to face an uncertain future, with, as yet, no clear pathway to permanent residency."This is the worst visa in the world," he tells SBS News. "Living in limbo is very bad because you don't know if you can plan for the future in terms of a job, or education."Mr Rostami, his wife and their two daughters are among the 19,000 people in Australia who arrived by boat before September 2013 and are on temporary protection visas. While these visa holders can work and study, they're barred from government support if studying full-time."Without access to higher education, my oldest daughter cannot go to university next year. With the temporary visa, at the moment, she would have to pay as an international student ... which is thousands and thousands of dollars," he says.

Living in limbo is very bad because you don't know if you can plan for the future in terms of a job, or education.

Reza Rostami, Psychologist and refugeeBoth of Australia's major political parties support the Operation Sovereign Borders policy, introduced by the Abbott government in September 2013, which prevents anyone arriving in Australia by boat from that date from settling in the country permanently. Mr Rostami was nominated for this year's inaugural Les Murray Award for Refugee Recognition and in June wrote about his own experiences alongside the other award finalists."There are different stages of trauma an asylum seeker goes through," he wrote."That boat trip was the second trauma I faced. The first was fearing the government in Iran."He says he was working as mental health scholar for the government in Iran when he was twice called in for questioning by the country's intelligence services about his "attitude and opinions"."I was scared for my family's safety," he wrote. 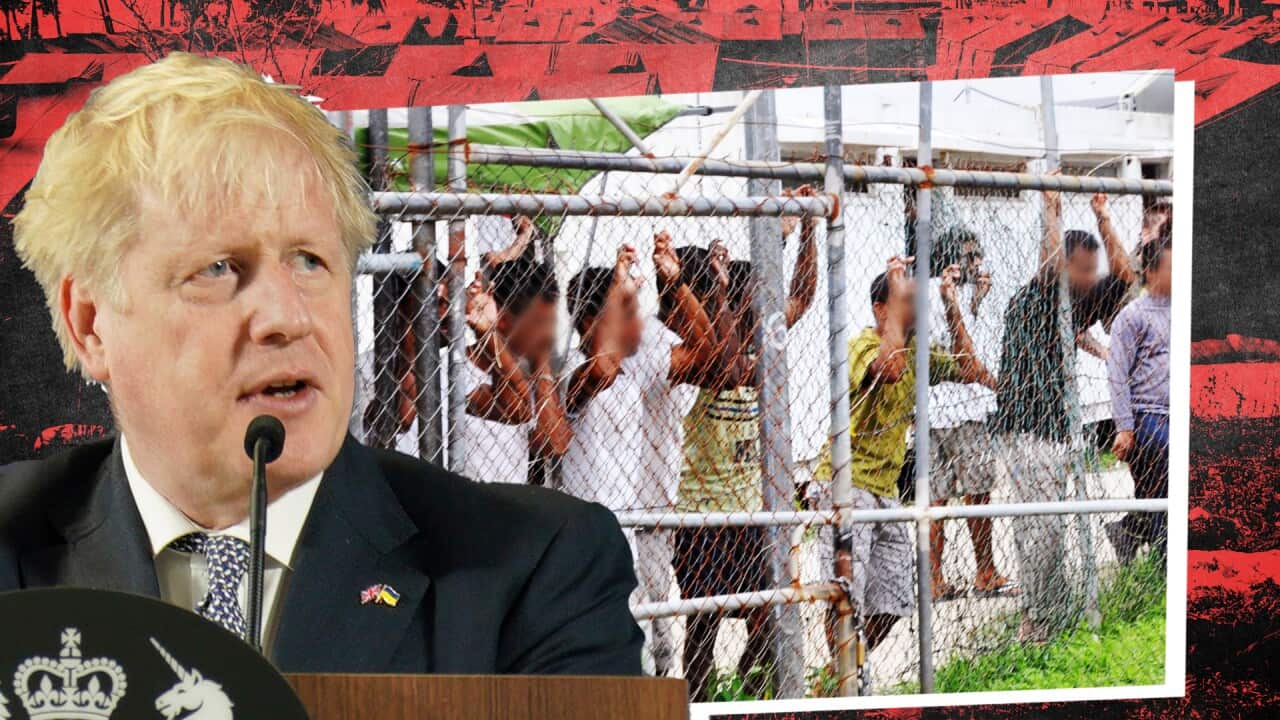 The next trauma came from being in detention on Christmas Island — "finding out that the reality of the place we'd sought safety in was very different from what we'd imagined".Now Mr Rostami says he and his family live with the ongoing trauma of not knowing if they'll be able to stay in Australia permanently."That’s the trauma we continue to face today," he wrote.

"It's a limbo that affects my mental and physical health." The Rostami family live in the Sydney suburb of Ryde. Last year, Mr Rostami coordinated a major University of New South Wales research study into the mental health impacts of Australia’s migration policies on the children of asylum seekers who had arrived by boat.His findings showed children living with the insecurity of bridging visas for up to seven years experienced almost double the rates of psychosocial difficulties as those with permanent residency.He is now calling on the country's new Labor government to urgently enact its election pledge to grant permanent visas to those stuck on the temporary protection program."Please, hurry up ... thousands and thousands of child asylum seekers are waiting for this decision."

Please, hurry up ... thousands and thousands of child asylum seekers are waiting for this decision.

Reza RostamiLabor has previously said it is committed to implementing its election policies but is yet to announce when the permanent protection visas will be introduced.

Immigration Minister Andrew Giles declined to comment for this story when contacted by SBS News. 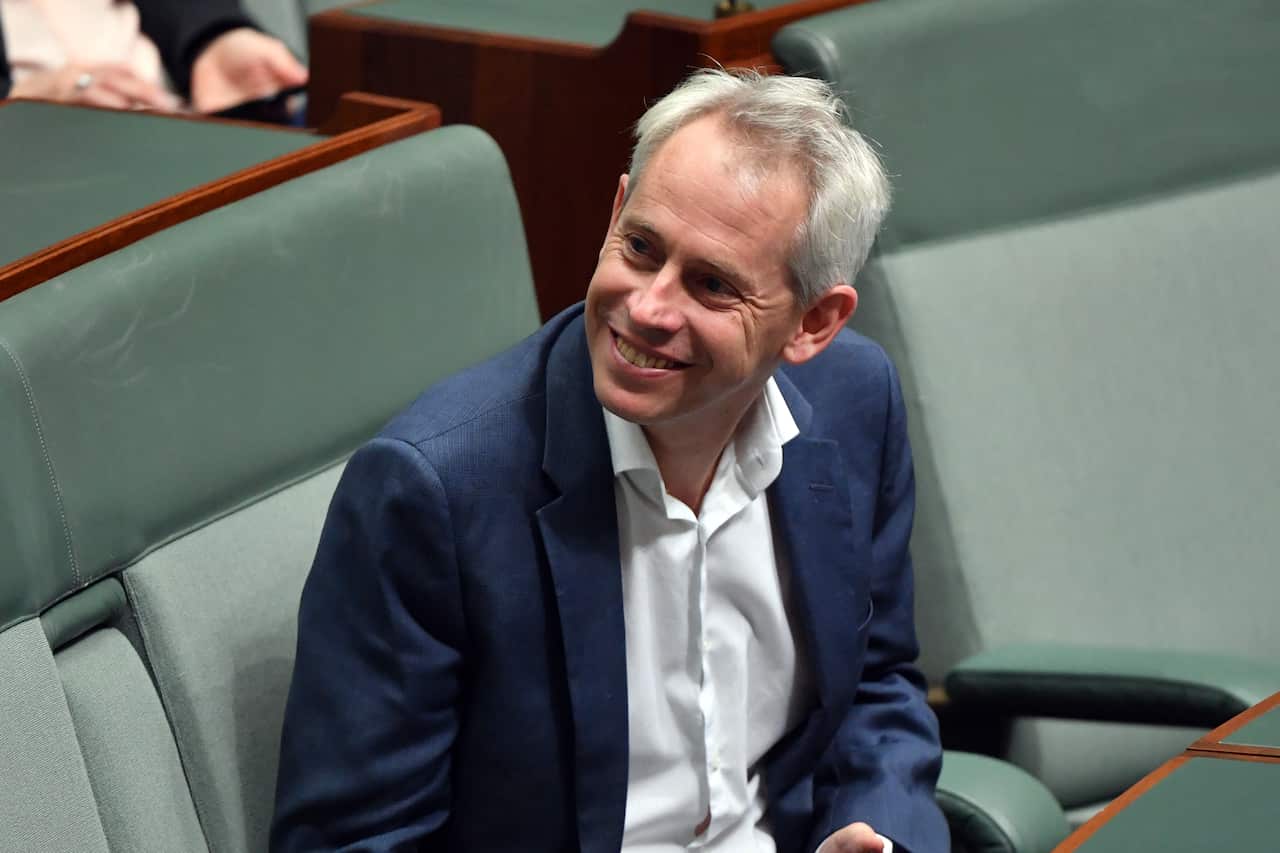 The situation of refugees hoping for permanent settlement has been recently highlighted by the Nadesalignman family, after being in community detention in Perth.Nades Nadesalignman arrived in Australia by boat in 2012 and his now-wife Priya arrived separately by boat in 2013 after fleeing Sri Lanka, just before the implementation of Operation Sovereign Borders.

After having applications for asylum knocked back, the couple had entered into legal battles to stay in the country, saying they would face persecution if they were returned to Sri Lanka. But their legal options are now exhausted. The couple, who have two daughters, Kopikaa and Tharnicaa, are on bridging visas (visas that can be issued to allow people to stay in the country while their immigration status is determined) in Biolela and are hoping Mr Giles will use his ministerial powers to allow them to stay. Prime Minister Anthony Albanese has said there is "no impediment" to the family settling in Biloela permanently.The Department of Home Affairs previously told SBS News the new government remained committed to Operation Sovereign Borders."Australian government policy is steadfast; people who travel illegally to Australia by boat will not settle permanently here," a spokesperson said in a statement."Operation Sovereign Borders is about defeating people smugglers who manipulate vulnerable men, women and children to risk their lives at sea.

"People smugglers are criminals and will use any means to earn a profit at the expense of others. In the case of people smuggling – it is people’s lives at risk." There are pleas for Australia to give permanent residency to those who arrived in Australia by boat. Source: SBS News

Ms Nadesalignman recently called for the Chief executive of The Refugee Council of Australia Paul Power has also urged the Labor government to prioritise refugee issues."We hope that within the coming months the new government will be able to act on that promise, but certainly the knowledge that a new government is prepared to provide permanent protection for refugees in that situation has made a huge difference to people's state of wellbeing," he said.

Australia has welcomed more than 900,000 refugees over the past 75 years. 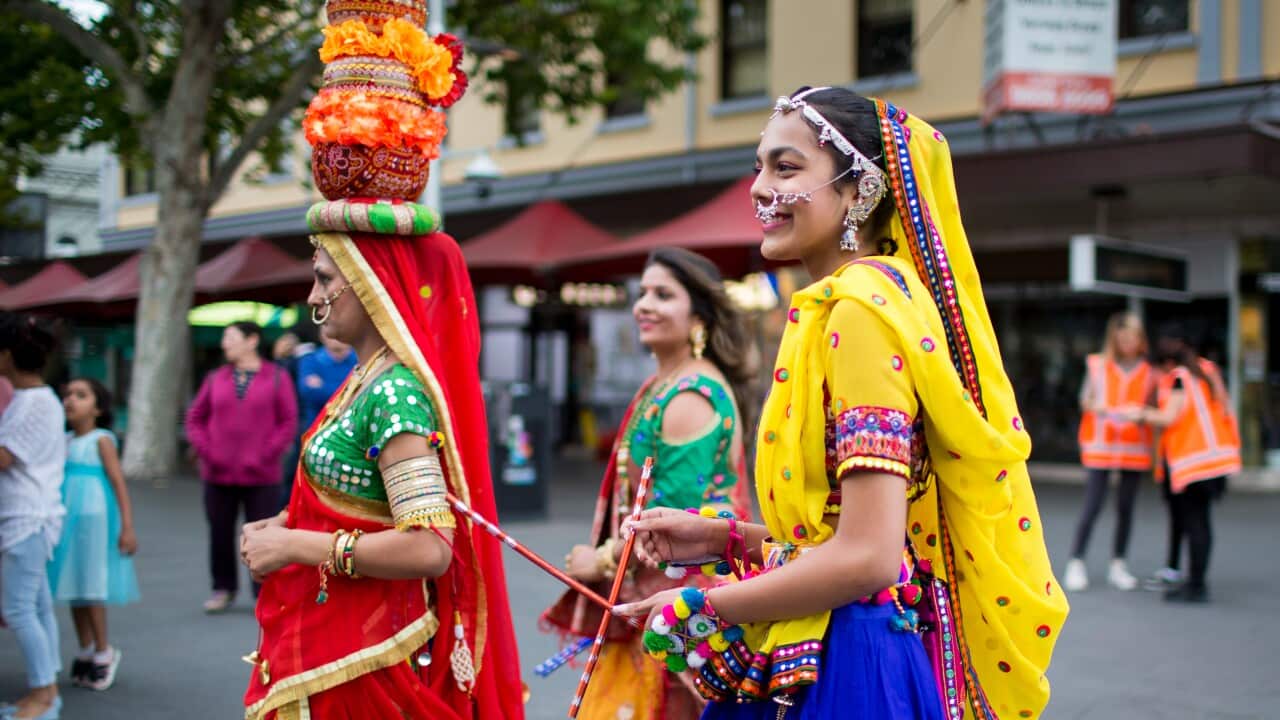 National Director of Australia for UNHCR, Naomi Steer, said their humanitarian and economic contributions to the nation should be celebrated, particularly on World Refugee Day."Refugees bring a lot to the Australian community, and I think if you look around you can see refugees in every walk of life - in business and science, in sports, in the media, or in the arts." Ms Steer said there were several practical ways people could help refugees in their local communities, including social interactions, employment, and mentoring opportunities."There are challenges in coming to a new country, particularly when you've left your family and your community behind and you have no other support or networks. That's where we can really step up as Australians."World Refugee Week begins on 19 June with World Refugee Day marked on 20 June. Would you like to share your story with SBS News? Email
written by Top Stories Sat Jun 18, 11:13 pm Source