Home » 'They hit me with an iron rod': Inside the Sri Lankan protest camp the government is trying to crush

'They hit me with an iron rod': Inside the Sri Lankan protest camp the government is trying to crush

written by Top Stories Sat Jul 23, 8:41 am Source
Shaken and unable to walk on his own, 24-year-old Shasika Madushan says he was assaulted by Sri Lanka’s military when the main protest camp in Colombo was raided in the early hours of Friday morning.He was inside the Presidential Secretariat Building, the last building the protest movement still occupied since the 9 July protests that swept Colombo.

The building had been converted by protesters into a community library.

“I was in the presidential secretariat, we were packing up the items preparing it to leave. Then the army surrounded the area and set up barriers,” he tells SBS News.

Protesters had promised to vacate the building peacefully on Saturday. But hundreds of military and police descended on the site in the early hours of Friday morning, taking it back by force. 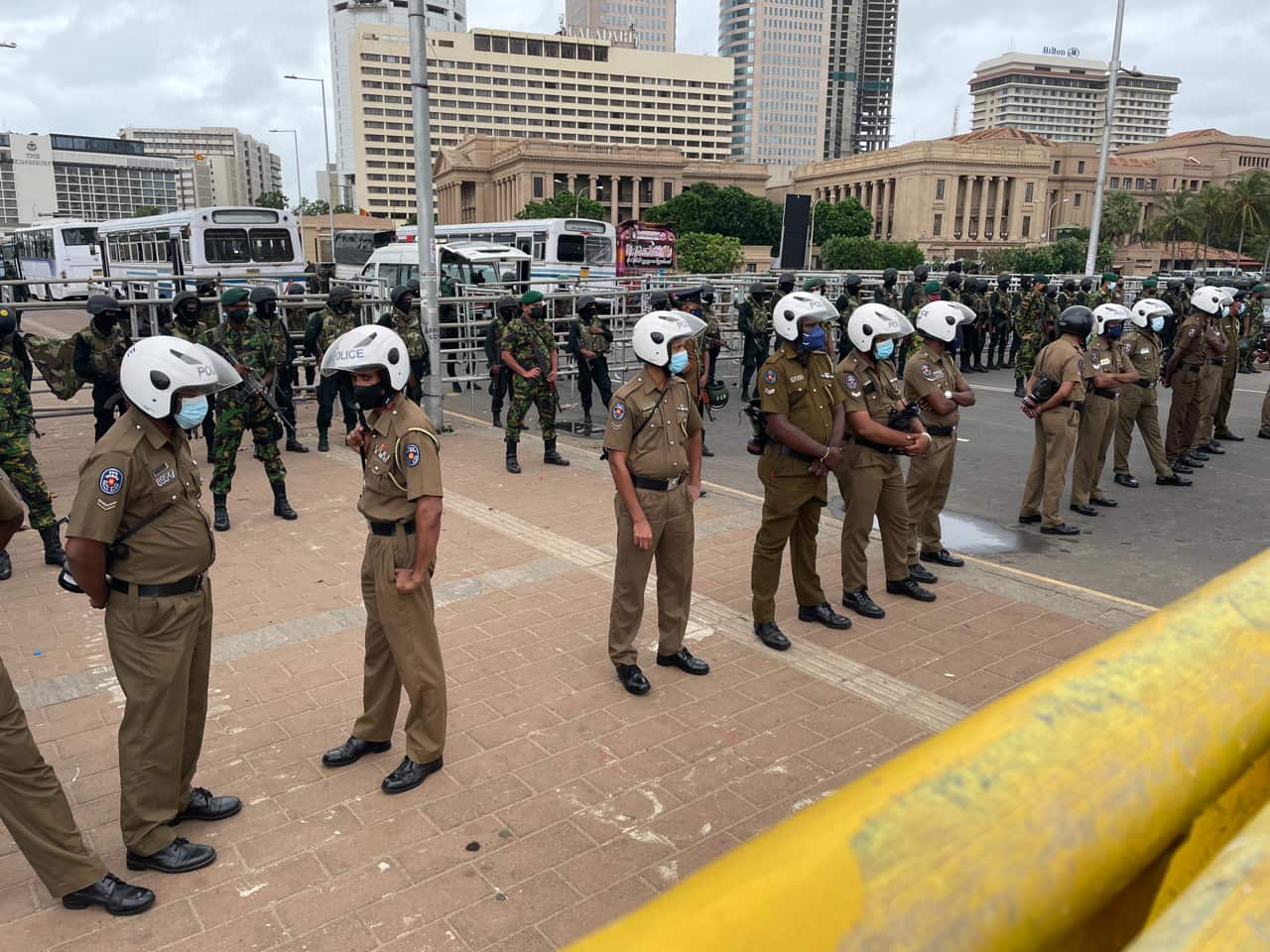 The raid came just hours after six-time prime minister Ranil Wickremesinghe was sworn in as president.In one of his first acts in the role, Mr Wickremesinghe issued an order calling on "all members" of the amy, navy and air force to mobilise "for the maintenance of public order" across the country.

Shasika says he was chased by more than a dozen soldiers, who beat him to the ground.

“I fell down and they hit me with an iron rod and it cracked my back. It has damaged two tissues inside my backbone,” he tells SBS News.Shasika says protesters weren’t allowed to leave to seek medical treatment for five hours.When SBS News met him, he had just returned from hospital but was still in pain, being checked by St John’s ambulance paramedics.

“After five hours, they opened the gate to allow people to go to hospital. Even if we died here, they wouldn’t have bothered. They were trying to bring total military control here”. Shasika Madushan (centre) says he was chased by more than a dozen soldiers, who beat him to the ground. Source: SBS News / Aaron Fernandes

He was among at least 50 injured during the crackdown, which removed half of the protest site known as Gota Go Village.Those left in the remaining section of the camp say they were ambushed by the police and military.“We suspect that its more of an organised attack because they were targeting people, and I saw one (solider) looking though binoculars,” protester Methsara Benaragama said.Nine people arrested during the raid were released on bail.

A tense atmosphere hung over the area Friday afternoon, with police and military outnumbering the remaining protesters, but the mood calmed when protesters turned shouting into a silent protest. 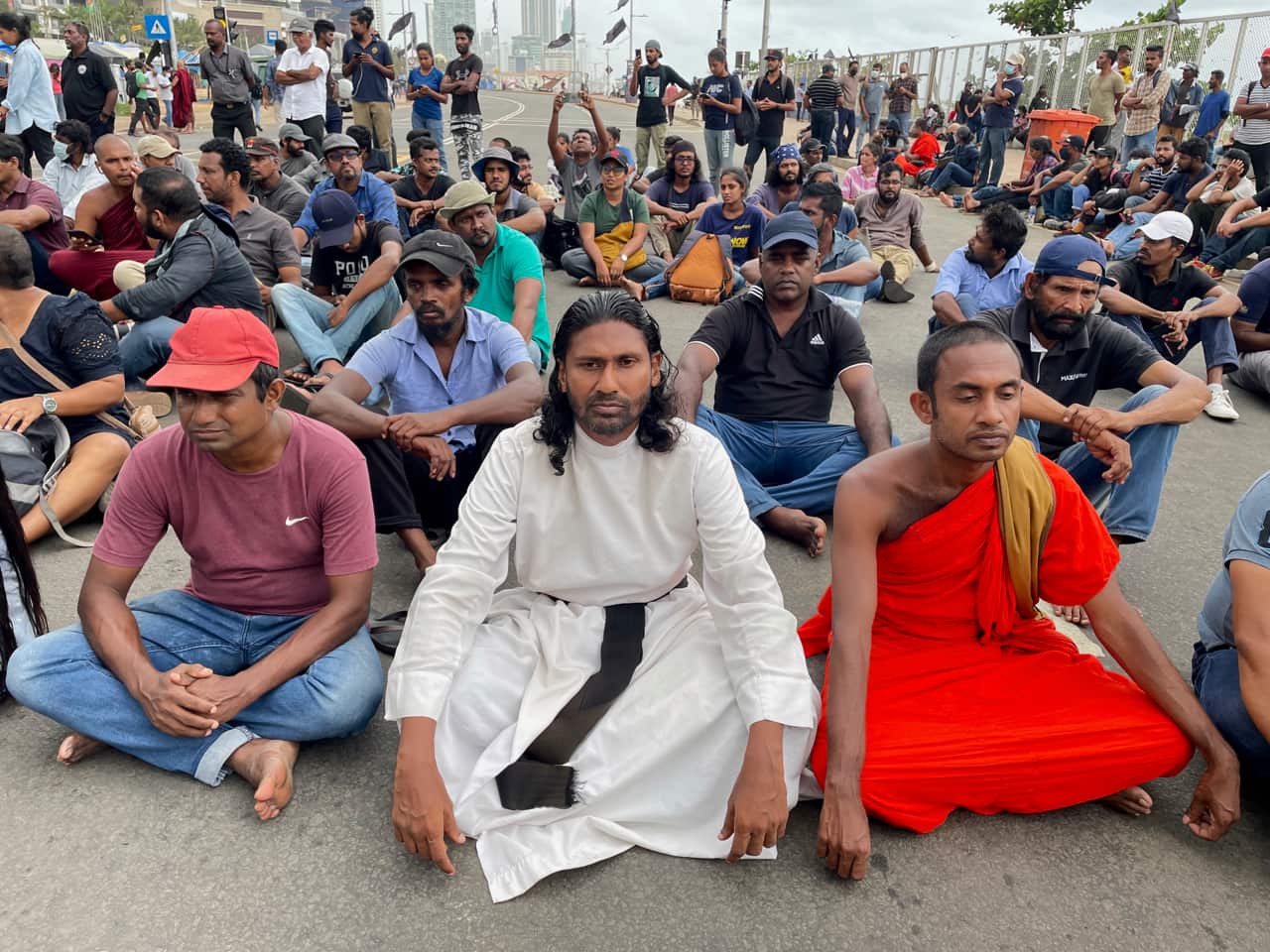 “The use of force against peaceful protesters runs contrary to international law and we urge authorities to immediately halt the use of such force,” UNHCR spokesperson Jeremy Laurence said.Rebukes too from the United States Ambassador to Sri Lanka, who tweeted that she met with President Wikremesinghe to express "grave concern over the unnecessary and deeply troubling escalation of violence against protesters."With Sri Lanka's police facing mounting criticism after Friday's violence they released a clip they say shows protesters chasing officers away, along with a statement saying "this group of protesters stayed at the Presidential building from 9 July, indicating that it was their premises, obstructing and harassing security officers".

The Australian government is yet to make any public comments about the crackdown on protesters.