Home » Visit of High Commissioner to the Eastern Province

Visit of High Commissioner to the Eastern Province

High Commissioner of India to Sri Lanka, HE Shri Gopal Baglay paid a visit to Batticaloa and Trincomalee on 1-2 October, 2022. In these two (2) days, High Commissioner had multiple engagements which underscore the multidimensional nature of India-Sri Lanka partnership and India’s deep and enduring cultural and socio-economic ties with Eastern Sri Lanka.

2.     High Commissioner began his visit to Batticaloa by attending the convocation ceremony of the Eastern University on 1 October, 2022 as the Chief Guest. On this occasion, he announced a special financial assistance scheme to support the studies of 100 University students from economically backward families. High Commissioner called for enhanced cooperation in higher education and skills training through various initiatives by the Government of India, including ITEC, scholarships, and cooperation with Indian institutions of excellence.

3.     High Commissioner reviewed the progress of the construction of Surgical Unit in Batticaloa Teaching Hospital, being undertaken under grant assistance from India. The project, which is nearing completion, is in line with the people-centric nature of development cooperation partnership between India and Sri Lanka, under which projects have been carried out in diverse areas including health, education and livelihood development in all the 25 Districts of Sri Lanka.

4.     High Commissioner visited the Ramakrishna Mission in Batticaloa and appreciated the contribution and services of the Mission in the fields of health, education and spirituality, to help the people of Sri Lanka. He assured them of all possible support from the High Commission of India in this endevour.

5.     High Commissioner also visited Meththai Grand Jumma Mosque and Badriyyah Jum’ah Masjith at Kattankudy in Batticaloa and offered prayers for peace, progress and prosperity of the people of India and Sri Lanka.  He unveiled plaques of Indo-Lanka Sufi Friendship Association and a media unit in Badriyyah Jum’ah Masjith. He interacted with representatives of All Ceylon Jamiyyathul Ulama (ACJU), religious and community leaders at Meththai Grand Jumma Mosque.

6.     On the eve of the birthday of Father of the Nation, Mahatma Gandhi, falling on October 02, High Commissioner offered floral tributes to the statue of Gandhiji in Batticaloa which was built in 1967. The event was graced by the presence of Hon’ble MP Govindan Karunakaran and Batticaloa Mayor Mr. Thiyagarajah Saravanapavan.

7.     High Commissioner began his visit to Trincomalee on October 02, 2022 with a puja at the Thirukoneswaram kovil, an ancient Hindu temple. The chief priest blessed the High Commissioner after observing special religious rites on the auspicious occasion of Navratri. Temple trustee President Mr. Thusyanthan briefed High Commissioner on the history of temple and submitted a proposal for its restoration as a pilgrimage destination for devotees from near and afar.

8.     To mark the 153rd birth anniversary of Mahatma Gandhi, an event was organized at the Lanka Indian Oil Corporation (LIOC) facility in Trincomalee, which was attended by High Commissioner. High Commissioner led floral tributes to Gandhiji and recalled the Mahatma’s visit to Sri Lanka in 1927 and his close association with the Sri Lankan people. Managing Director LIOC, Mr. Manoj Gupta thanked High Commissioner for his presence at LIOC Facility for the solemn event and briefed him on LIOC’s plans for further expansion and diversification of their business at Trincomalee. High Commissioner appreciated LIOC’s role in ensuring Sri Lanka’s energy security, especially in the last few months, and in meeting the growing needs of its industries. High Commissioner visited the Lube blending plant and the newly inaugurated grease plant at the Facility, which is the first such plant at Sri Lanka. MD also briefed him on the plans for joint development of the Upper Tank Farms by LIOC and Ceylon Petroleum Corporation.

9.     Later in the day, High Commissioner met the Commander Eastern Naval Area Rear Admiral Jayantha Kularatne and Commandant of the Air Force Academy Air Commodore Asela Jayasekera. He also interacted with the Technical Team from Indian Navy which is supporting the Sri Lankan Armed Forces with operations of the Dornier aircraft gifted by India to Sri Lanka on 15 August 2022 to strengthen the maritime security of Sri Lanka and contribute to overall security of the region.

10.   Attesting to India’s ongoing commitment to the people of Sri Lanka, during the two (2) day visit, High Commissioner donated humanitarian ration packages to 400 low income families in Batticaloa and Trincomalee. The event at Batticaloa was held in the presence of Hon. S. Viyalanderan, State Minister of Trade. The event at Trincomalee was attended by Hon MP Kalaiyarasan on behalf of Hon MP and leader of TNA R. Sampanthan. At both the places, organizers expressed their gratitude for the donations and India’s unstinted support to the people of Sri Lanka. High Commissioner said that, India, like a twin brother, has and will always stand by Sri Lanka, especially in times of need. 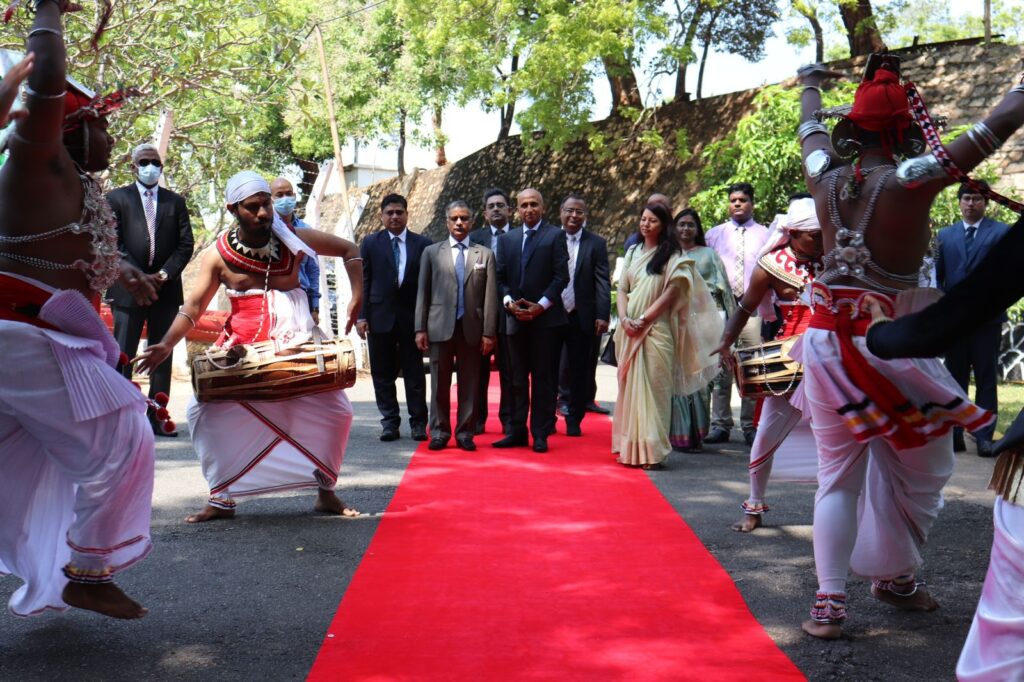 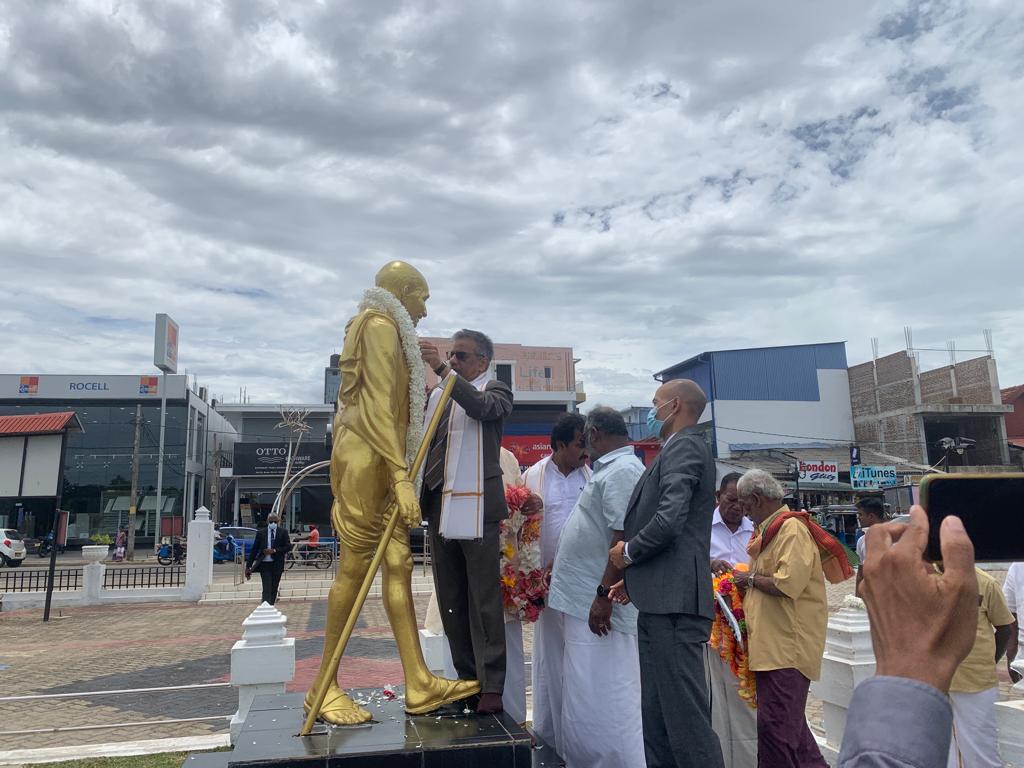 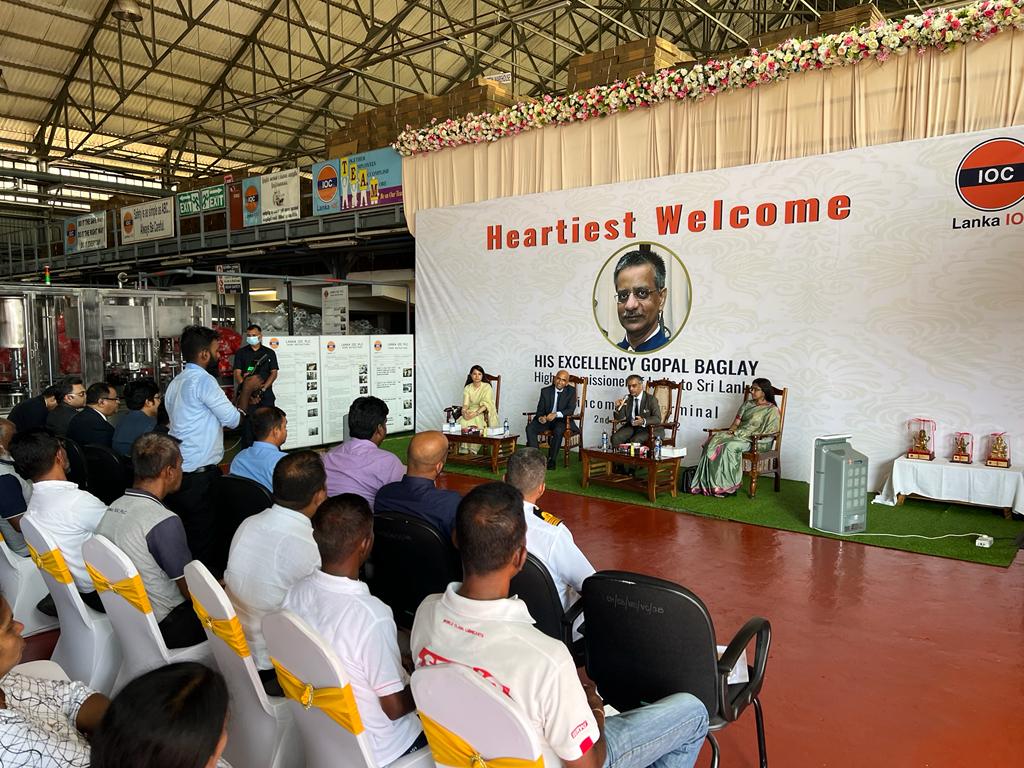 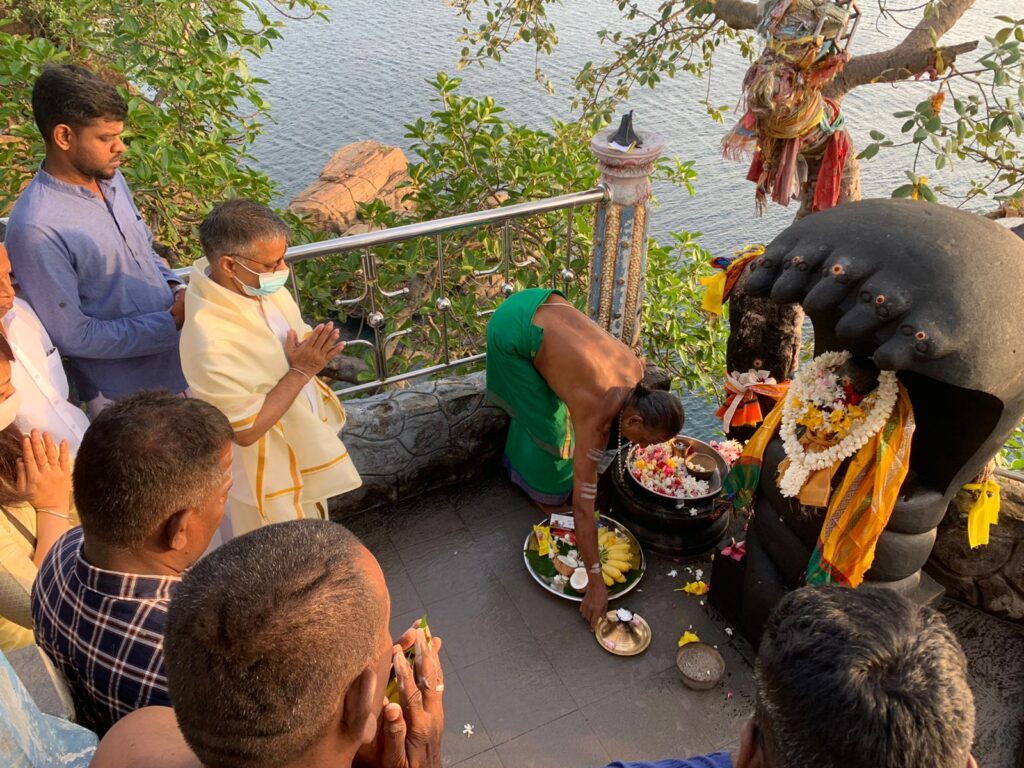