Before we talk about what happened to the former Sri Lankan Carrier Air Ceylon, it is necessary to understand a little bit about the history of Sri Lanka. Located in the Indian Ocean southeast of India across the Gulf of Mannar and the Palk Strait, the island nation of Sri Lanka has a population of around 22 million people.

Historically, the Greeks referred to the island as Taprobane, while the Arabs called it Serendib. When the first Europeans arrived in 1505, the Portuguese explorers colonized the island to bolster the spice trade.

During the Napoleonic Wars, fearing that the French may take over the island, Great Britain invaded, taking control of most of the coastal areas. Taking the Portuguese name Ceilao, the British changed it to Ceylon in 1815.

Air Ceylon was established in 1947

Now a part of the British Empire, the country needed more connectivity, and in 1947 Air Ceylon was established as a state-owned flag carrier airline. With a glut of Douglas DC-3 aircraft left over from World War Two, Air Ceylon began life with three planes flying between the island and nearby India. Air Ceylon named its three DC-3s after the Hindu goddesses Sita Devi, Viharamaha Devi, and Sunethra Devi. 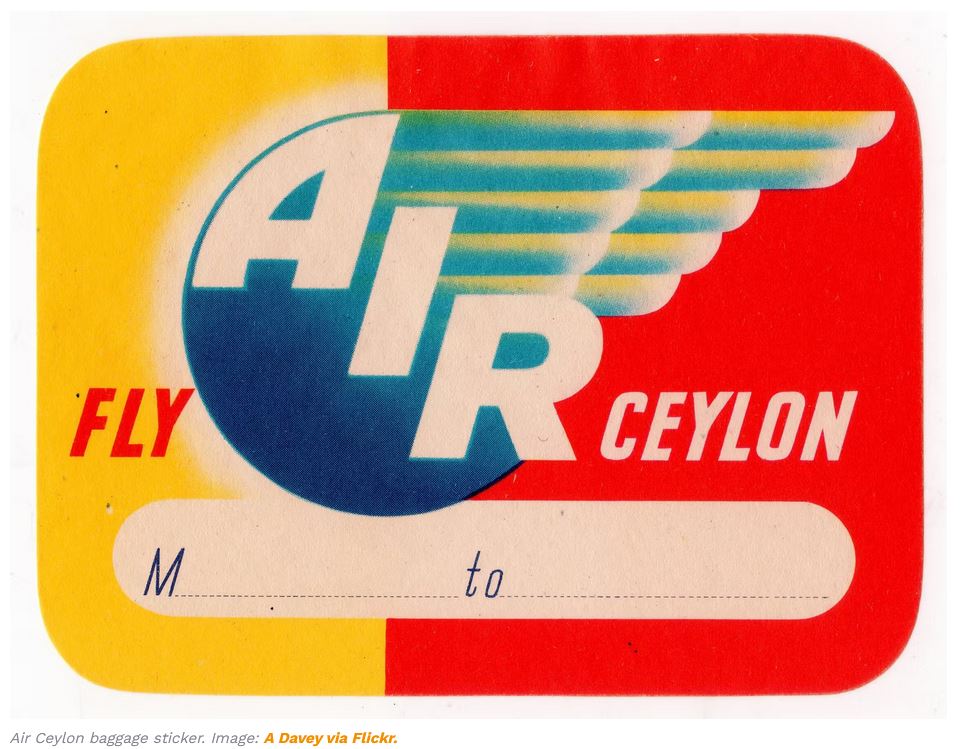 On December 10, 1947, with Captain Peter Fernando at the controls, Sita Devi took off at 08:00 from Ratmalana Airport in Colombo. Aboard the flight were 16 passengers flying to Jaffna Airport in North Sri Lanka and then on to Madras in India. From Madras, the plane took the same route back to Colombo.

Following BOAC’s introduction of the de Havilland Comet on the lucrative London to Colombo route in 1953, ANA’s stake in the airline was taken over by the Netherlands national flag carrier KLM. When the Comet was grounded in 1954 following a spate of crashes, Air Ceylon leased a Lockheed 749A Constellation for its flight to London. The partnership with KLM ended in 1964, following BOAC introducing a Vickers VC 10 on the route in 1965. By now, Air Ceylon was using the Hawker Siddeley HS 748 for its short-haul flights to Madras and Bombay. 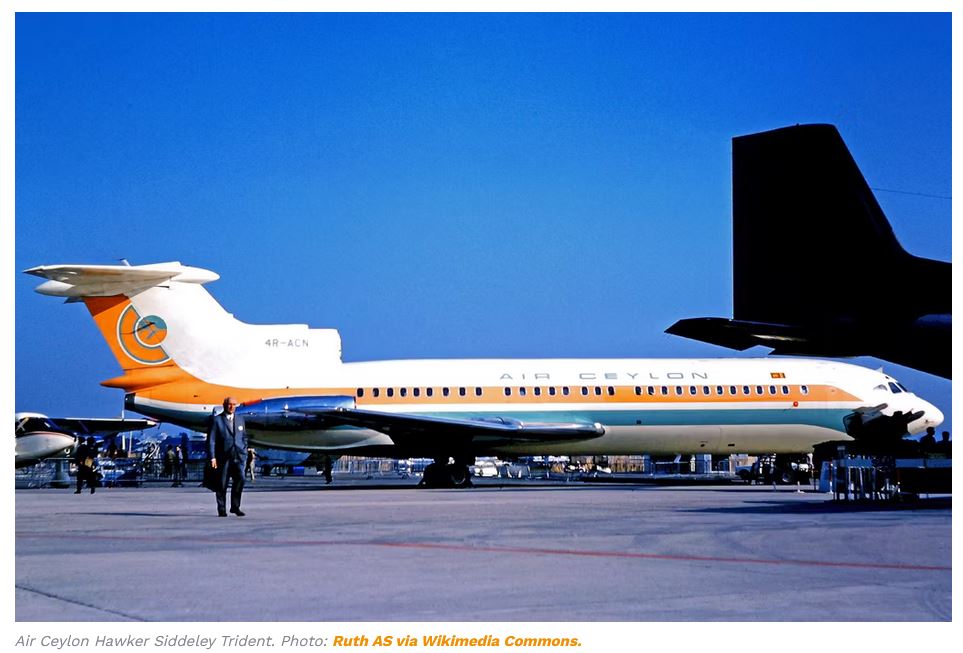 In 1972 privately owned French airline Union de Transports Aériens (UTA) partnered with Air Ceylon, but this ended in 1976, leaving the carrier without a European partner. Now struggling to be profitable, Air Ceylon went bankrupt in 1979. Sri Lanka looked to move away from its colonial past and erase the name Ceylon from state institutions. This was achieved in 1972 when the country gained independence from Great Britain.

The airline was reintroduced as SriLankan Airlines

After only being grounded for several months following its bankruptcy, the Sri Lankan government relaunched Air Ceylon as SriLankan Airlines. According to Wikipedia, during its 32-year history, Air Ceylon operated a fleet that comprised the following aircraft: