Home » Will The UNHRC Take A Bold Step To Find Justice To The Oppressed Eelam Tamils In Sri Lanka – Countercurrents.org

Will The UNHRC Take A Bold Step To Find Justice To The Oppressed Eelam Tamils In Sri Lanka – Countercurrents.org 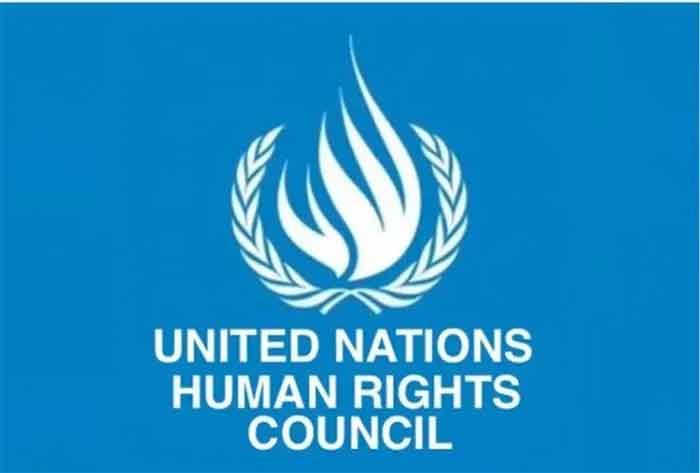 Despite decades of Tamil protests and unequivocal calls for international action to end impunity in Sri Lanka, the Human Rights Council has continued to heed Sri Lanka’s requests for “time and space” to address allegations of international crimes with a homegrown solution.

Groups of families, spread across Sri Lanka’s northern and eastern districts that were the site of the nearly three-decade war, have been persisting with their agitations, braving frequent intimidation by the military and apparent insensitivity from political leaders. The groups have at times had differences, in their demands and as well as the strategy for their struggle, but are bound by a shared resolve to continue seeking answers to the troubling questions that haunt them every day. At least 138 people, mostly mothers of these disappeared children, have died during the struggle, according to the women involved in the demonstrations.

Numerous reports, including those by the Office of the High Commissioner for Human Rights’ Investigation on Sri Lanka (OISL), have concluded that Sri Lanka’s domestic legal system is incapable of credibly prosecuting atrocity crimes without significant international involvement.This is the result of a variety of factors, with the largest being the lack of political will on the part of the government to prosecute atrocity crimes perpetrated by the state.

Unfortunately, Sri Lanka’s homegrown solution is impunity. Decades of “make believe” domestic commissions, as Amnesty International called them, ostensibly tasked with investigating the state’s crimes against Tamils, have only bought time to evade justice. The farce of Sri Lanka’s domestic commissions and judicial processes is well-known and well-documented.

The exception that proves this rule is Staff Sergeant Sunil Ratnayake, the only one of five defendants to be convicted in 2015 for the murder of eight Tamil civilians, including four children in Mirusuvil in April 2000. He was granted a Presidential pardon in March 2020.

Impunity in Sri Lanka also begets impunity elsewhere — including in Sri Lanka’s comrade-at-arms in militant Buddhism, Myanmar. Myanmar and Sri Lanka both seek to establish a “pure” Buddhist state (i.e., one without the Rohingya and Tamils) — militant monks in both countries reportedly have a signed pact.

According to Human Rights Watch, Sri Lanka has the world’s second highest number of cases of enforced disappearance registered with the United Nations Working Group. Since the late 1980s, the overwhelming majority of these Tamils have been disappeared by agents of the state. Towards the end of the war in 2009, hundreds of Tamils, including second rank LTTE leaders, were handed over to the Sri Lankan armed forces. The fate of these Tamils remains unknown. The Sri Lankan state engaged in enforced disappearances in a widespread and systematic fashion against Tamils, before, during and after the armed conflict. The infamous ‘white van abduction’ became a symbol of enforced disappearances on the island.

According to the International Convention on Enforced Disappearances and Article 7 of the Rome Statute, widespread and systematic engagement disappearances constitute a Crime against Humanity. Disappearances of Tamil youths on the island of Sri Lanka is also an instrument of Tamil Genocide given that successive governments have been driven by chauvinistic Sinhala Buddhist racism, coupled with the fact that the major perpetrators of crimes against the Tamils are the paramilitary and Sri Lankan security forces, which is almost entirely Sinhalese.

It should be noted that lack of progress in addressing the longstanding grievances and demands of Tamil and Muslim populations,” and voices concern about the ongoing “surveillance, intimidation and harassment of journalists, human rights defenders, families of the disappeared.” It proposes to “re-energise” the Office on Missing Persons and the Office for Reparations, toothless bodies established by the pro-US Sirisena regime, which did nothing and were used to hoodwink the families of war victims.

Addressing the UNHRC, Sri Lanka Minister of Foreign Affairs Ali Sabry opposed the resolution, saying that the government policy was for a “domestic mechanism” to address any human rights violations. Successive Colombo governments have rejected all war crimes allegations and strenuously defended the military and political leaders responsible.