The Indian Air Force (IAF) will increase the number of Sukhoi Su-30MKI fighters that can carry the air-launched version of the BrahMos supersonic missile. According to reports, BrahMos would have a whopping range of 500 kilometers which can be increased up to 1500 kilometers, at par with the best US missiles.

As per the latest media reports citing sources in the Indian defense and security establishment, the IAF had approved plans to modify 40 Su-30MKIs to enable them to operate the BrahMos Air-launched Cruise Missile (ALCM).

The Su-30MKI reportedly requires hardening in certain sections of its fuselage to carry the 2.5-ton BrahMos missile on its underside.

The modification is being performed by Hindustan Aeronautics Limited (HAL) locally in India. As per reports, 35 modified Su-30s have thus far been delivered to the IAF, with the service planning to approve the second batch of around 20 to 25 fighters.

The Brahmos missile increases the combat range of the Su-30MKI, enabling the IAF to strike targets at long distances. For example, as part of a test in 2020, a Su-30 armed with the air-launched version of the missile took off from a base in Punjab and struck a target in the Indian Ocean.

The target was struck deep in the Indian Ocean, approximately 4,000 kilometers away, which was considered ‘the longest’ mission of this kind. 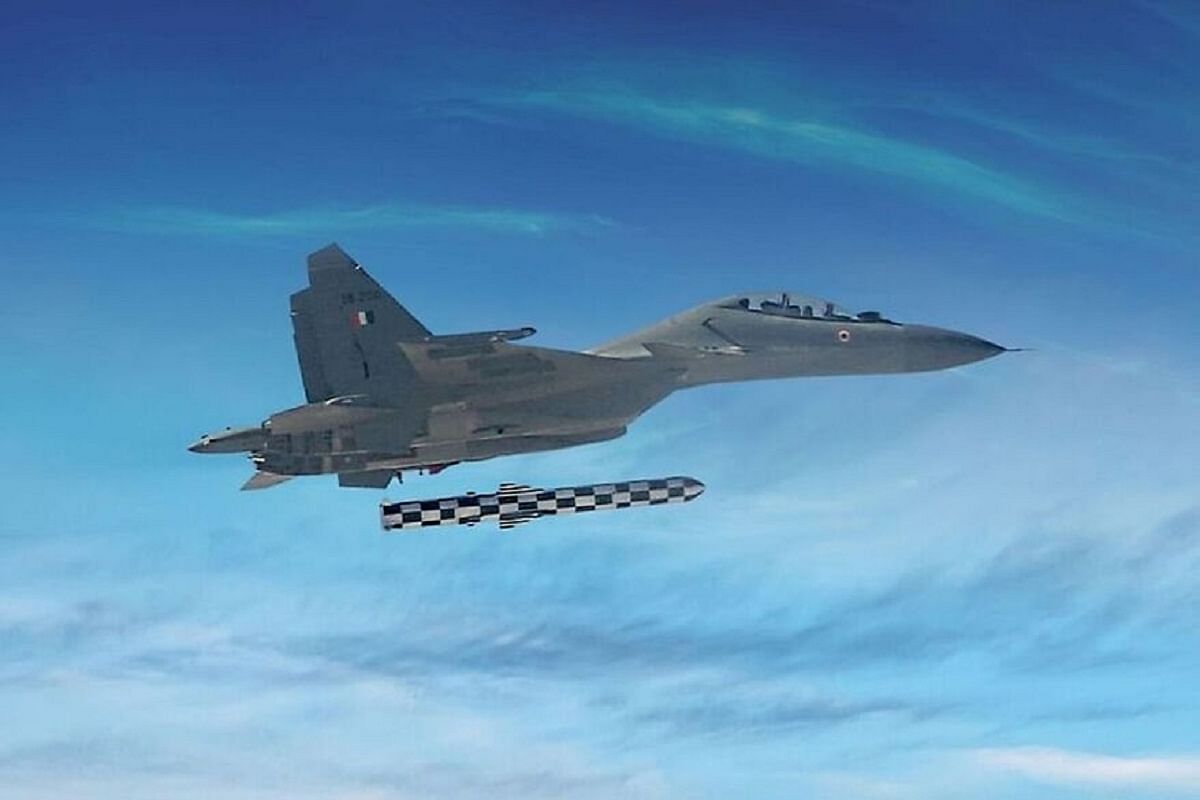 Therefore, in August 2020, the IAF commissioned the 222 ‘Tiger Sharks’ squadron of Sukhoi Su-30 MKI in Thanjavur, Tamil Nadu, comprising 18 fighters, out of which six are equipped with BrahMos.

The strategic location of Thanjavur would enable the IAF to employ its Su-30MKIs armed with BrahMos against targets near the strategic Malacca Strait, a narrow maritime chokepoint between Malaysia and Singapore that forms one of the gateways between the Indian Ocean and the Pacific Ocean.

Also, if deployed on the Greater Nicobar Island, the Su-30 MKIs can strike targets in the vast swathes of the southern Indian Ocean.

Apart from that, the BrahMos-armed Su-30s deployed on India’s western and eastern border with Pakistan and China can take out targets inside those countries from stand-off ranges, and in some cases, even from inside the Indian airspace.

India’s Defense Research and Development Organisation (DRDO) is also developing the smaller BrahMos-NG (next-generation) missile, which weighs around 1.5-ton and can be carried on unmodified Su-30MKI and other fighter jets like LCA-Tejas, Tejas MkII, AMCA, and Rafale.

Furthermore, India has also developed the extended-range (ER) variant of the BrahMos missile, which reportedly has a range between 450-500 kilometers. In May, the IAF tested the BrahMos-ER, as part of which a Su-30MKI from the 222 ‘Tiger Sharks’ Squadron in Thanjavur struck a designated target in the Bay of Bengal region.

“With this, the IAF has achieved the capability to carry out precision strikes from Su-30MKI aircraft against a land/sea target over very long ranges,” the Indian Ministry of Defense (MoD) said following the test. 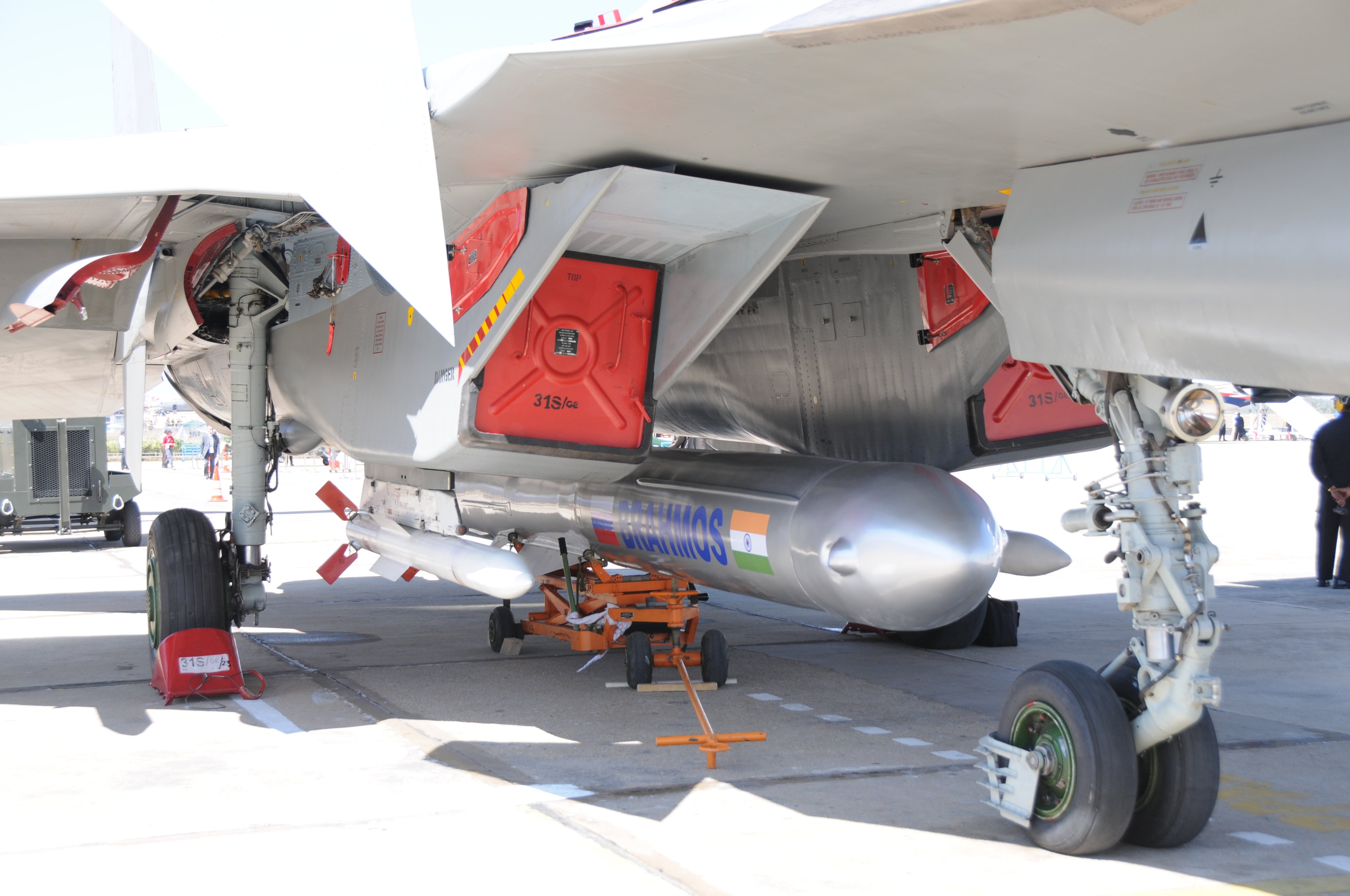 The IAF said in a statement that the extended range of the BrahMos, coupled with the high performance of the Su-30MKI, gives the air force “strategic reach and allows it to dominate the future battlefields.”

The IAF did not specify the missile range, but according to unnamed media sources cited by Time of India, the ER variant has a range of over 450 kilometers.

Furthermore, there is also an 800-kilometer range variant of BrahMos, a conventional (non-nuclear) missile that is said to be undergoing “developmental trials” at present.

It was reportedly tested for the first time in January from the interim test range at Balasore. This missile variant is expected to be ready for production toward the end of  end-2023.

“BrahMos is a very expensive missile. Our inventory is limited, as is our production capacity. The missile would have to be used very discreetly,” veteran Indian Air Force (IAF) fighter pilot Squadron Leader Vijainder Thakur told EurAsian Times while noting that “the land attack variant of the BrahMos is most effective against static targets with a sharp contrast radar signature.”

He explained that to sustain its operations against India, “China would be heavily reliant on its extended ground lines of communication (GLOC) into Tibet; hubs located near the LOC will not be able to sustain long-term operations.”

Therefore, according to Thakur, “the most effective use of the Brahmos would be destroying logistic hubs. The extended range variants of Brahmos would allow the IAF to attack logistics hubs deep in Chinese territories.”

“PLA logistics hubs near the LAC could be struck with the shorter range variant of Brahmos; the ER version of Brahmos would be used to strike the main logistics hubs in East China,” Thakur said.

BrahMos Vs US, Chinese Missiles

It is also important to note that if the range of the air-launched BrahMos missile is increased up to 1500 kilometers, it will bring the IAF into the elite club of air forces in the world, such as that of the US and China. They already have long-range air-launched cruise missile capabilities.

The US Air Force has the AGM-158B Joint Air-to-Surface Standoff Missile-Extended Range (JASSM-ER) stealthy cruise missile, which is said to have a range of approximately 1000 kilometers.

So, a USAF F-15 Strike Eagle, with a range of 3,900 kilometers when armed with JASSM-ER cruise missiles, can hit targets up to 4,900 kilometers.

That said, at present, the extended-range variant of BrahMos reportedly has a range of only 450-500 kilometers, which means the Su-30 can hit targets only up to 3500 kilometers. 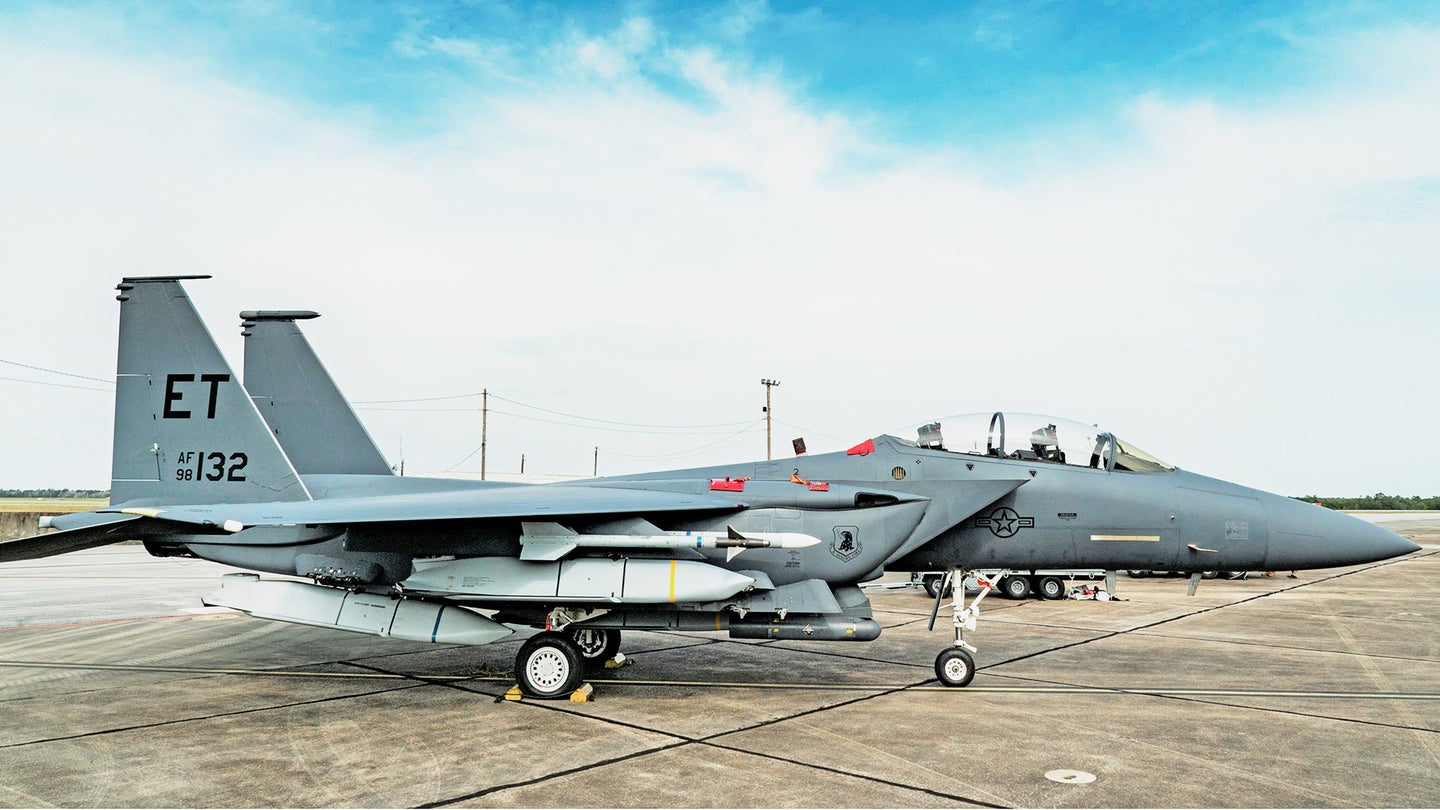 Meanwhile, China has the Changjian – 20 (CJ-20) Air-launched Cruise Missiles (ALCMs) that are said to have a range exceeding 2000 kilometers and are designed to be launched from the H-6K strategic bomber, which can carry up to six cruise missiles.

In the case of China, the PLA Air Force (PLAAF) has several bases in its Tibet Autonomous Region (TAR), close to the Indian border at Lhasa, Golmud, Nyingchi, and Shigatse. However, these bases are all located at high altitudes.

Chinese fighters must cut packs on their weapons/fuel load to take off from high-altitude airfields because the air is less dense, thereby limiting their firepower and overall combat range.

Also, the PLAAF bases are vulnerable to attack from the IAF fighter jets, which will take off with a larger weapons payload and more fuel from air bases at much lower altitudes.

The PLAAF fighters are vulnerable to IAF’s aerial interception and India’s air defense systems like S-400 Surface to Air Missiles (SAM), which can engage targets at 400-500 kilometers.

Therefore, to circumvent all these problems, the PLAAF would employ its H-6K strategic bomber armed with CJ-20 Air-launched Cruise Missiles (ALCMs), against which neither the IAF’s existing ground air defense systems nor its air-launched capabilities could pose a significant threat.

According to experts, China could destroy India’s command and control Head Quarters (HQ) in Ladakh and Northeastern India and Advanced Landing Grounds (ALGs) and airbases in Northeast and Northern India. India’s ground troops along the LAC will also be vulnerable to attacks by CJ-20 ALCM.