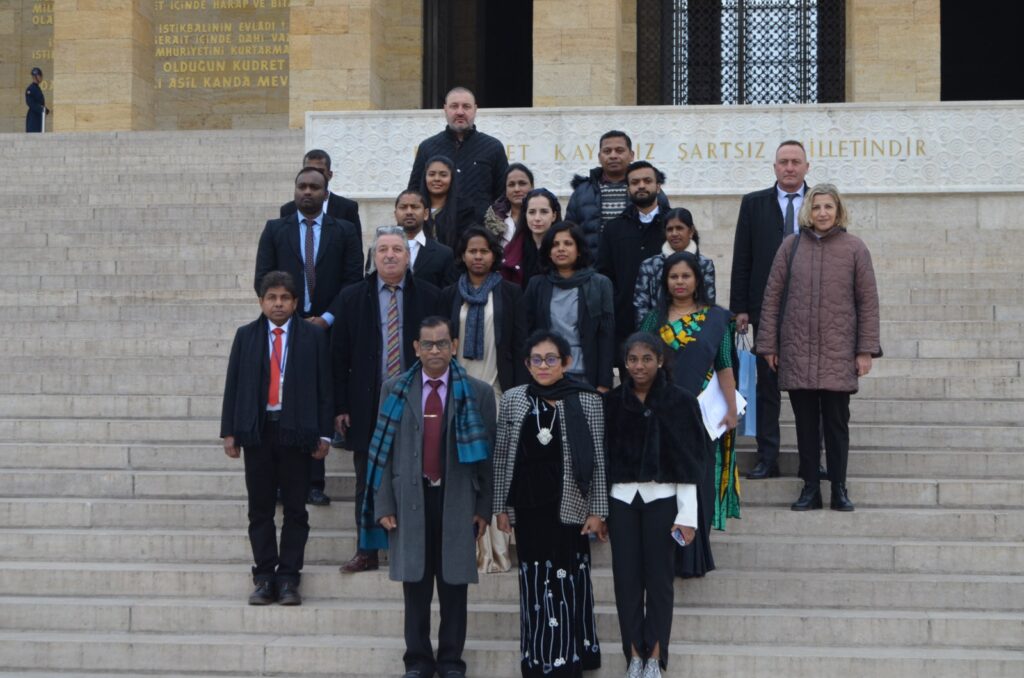 Following the Ceremony of presentation of the Letters of Credence to the President of the Republic of Türkiye, Ambassador of Sri Lanka, S. Hasanthi Urugodawatte Dissanayake participated in the Wreath Laying Ceremony at Anitkabir Mausoleum in Ankara recently.

Family members of the Ambassador, staff of the Embassy and Sri Lankan nationals reside in Türkiye also joined the Ambassador at the Ceremony. 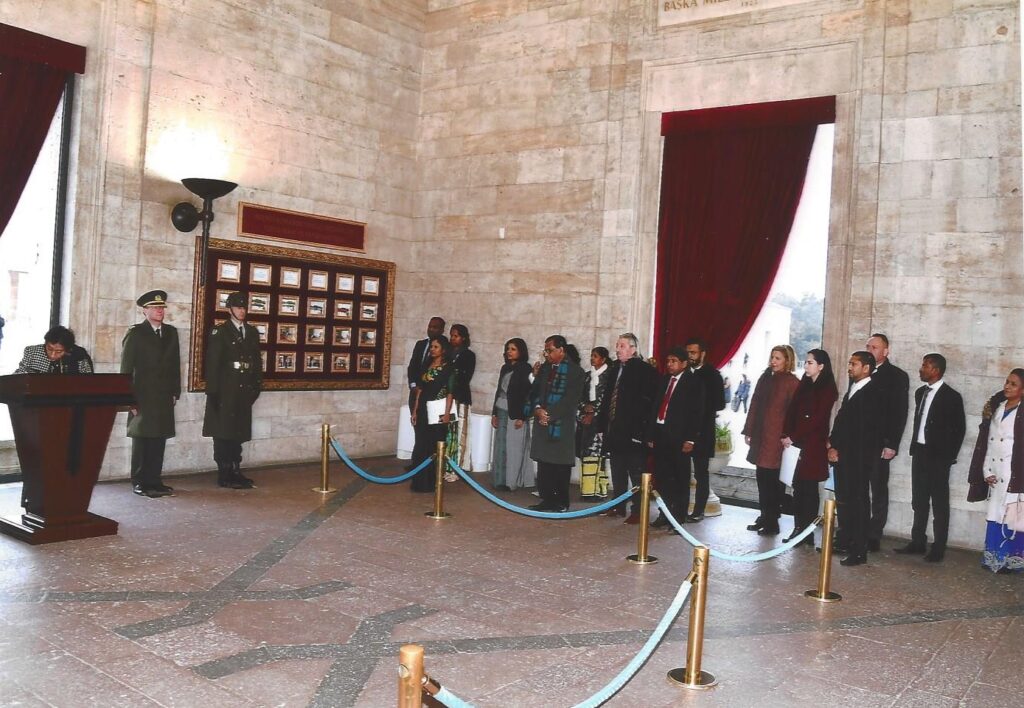 The Ambassador was welcomed by the Chief of Protocol of the Anitkabir and the Ceremony consisted of wreath-laying at the Mausoleum, observance of one minute’s silence, signing of the “Book of Honour” by the Ambassador and visiting the Atatürk Museum &the Independence War Museum. 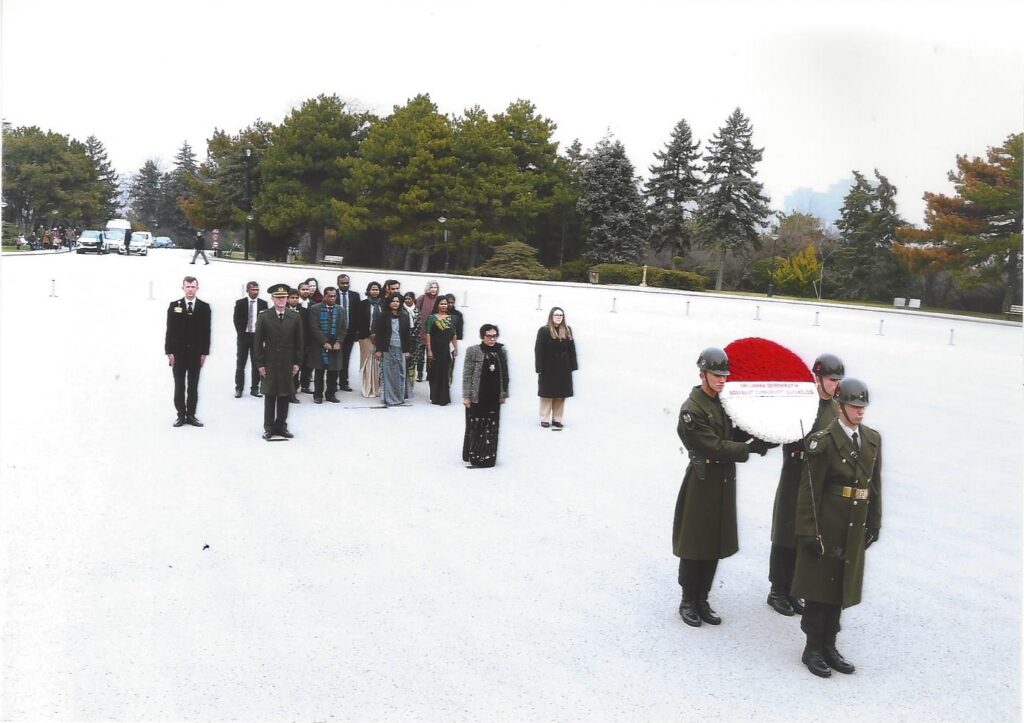 Mustafa Kemal Atatürk is father of the Republic of Türkiye, who modernized the nation with secular, pluralist democratic features, which is a part of the “Kemalist” ideology, which led to the empowerment of women as imperative for progress. 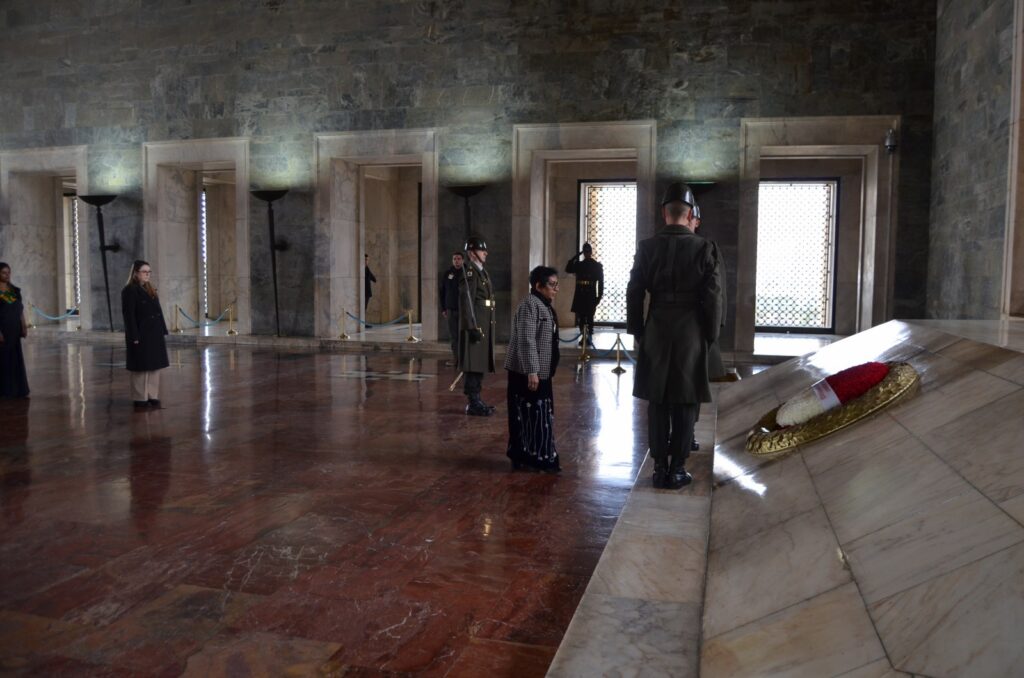 Above all, as a female citizen of the planet earth, I see him as a visionary in understanding the role of women in society, which is a prerequisite for development of any human society.” 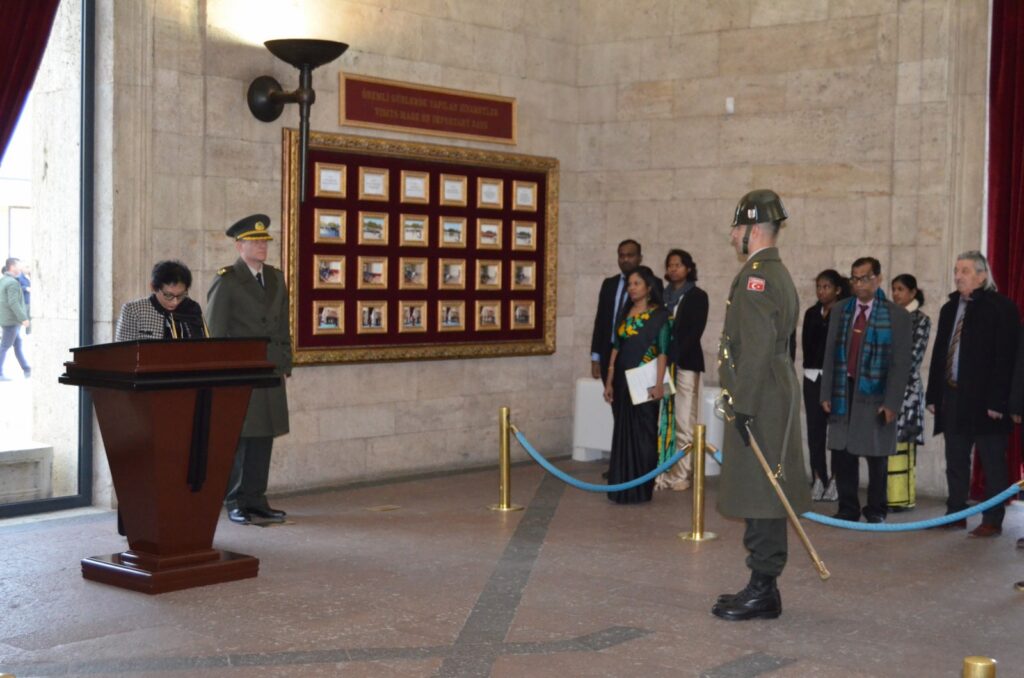 Further she wrote that “Veteran Mustafa Kemal Atatürk is a shining example for developing states like my country, how determination and resilience can achieve rapid development, while retaining cultural characteristics in a contemporary manner”. 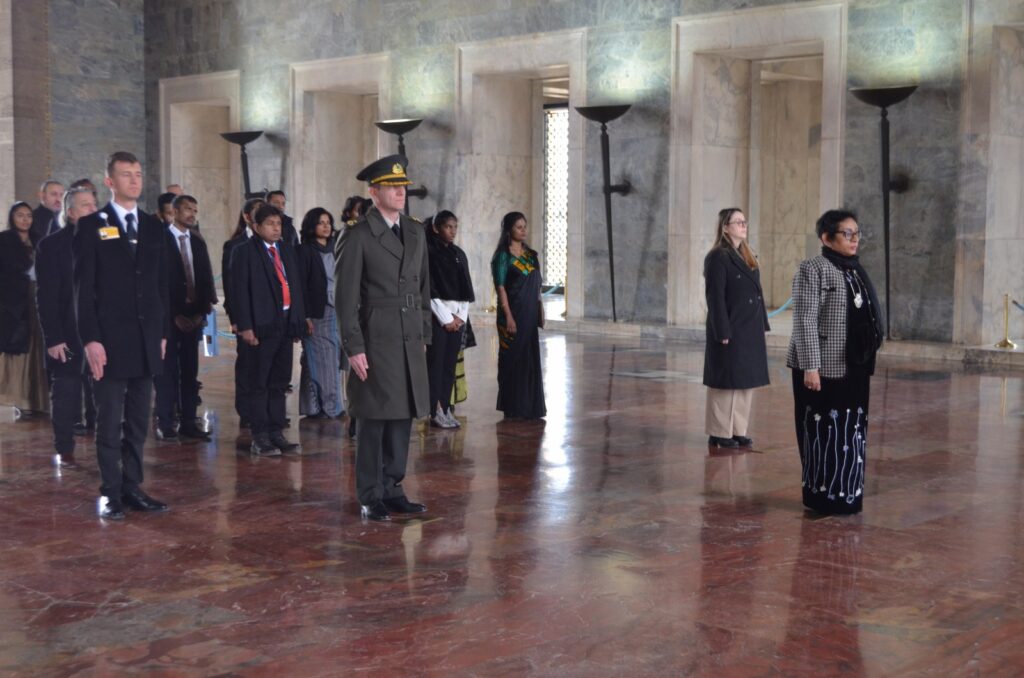