Home » Is debt cancellation the way forward for Sri Lanka?

Is debt cancellation the way forward for Sri Lanka?

As 182 economists from around the world issued a call to cancel Sri Lanka’s debt, not all experts agree.

Colombo, Sri Lanka – More than 180 prominent economists and development experts from around the world have made a global appeal to Sri Lanka’s financial lenders to forgive its debt, even as other experts are not convinced it is the best way forward for the island nation.

According to World Bank estimates, Sri Lanka has an external debt burden of more than $52bn as of December. Of that, nearly 40 percent is owed to private creditors, including financial institutions, while the rest is owed to bilateral creditors where China (52 percent), Japan (19 percent) and India (12 percent) are the largest ones.

Colombo defaulted on its debt repayments in April and negotiated a $2.9bn bailout with the International Monetary Fund (IMF).

But the IMF will not release the cash until it feels that the island nation’s debt is sustainable.

Now several prominent academics and economists, including Thomas Piketty who wrote the bestseller Capital, Harvard University economist Dani Rodrik and Indian economist Jayati Ghosh have issued a statement (PDF) calling for the cancellation of Sri Lanka’s debt by all external creditors and measures to stem the illicit outflow of capital from the country. The statement was put together by the “Debt Justice” campaign group, a global movement to “end unjust debt and the poverty and inequality it perpetuates”.

The private investors who lent at high interest rates to corrupt politicians must face the consequences of their risky lending by cancelling the debt, the academics said in the statement.

The academics have accused private creditors of contributing to Sri Lanka’s first-ever sovereign debt default as they accrued “a massive profit” by charging a premium to lend. Therefore, they said, the private lenders who benefitted from higher returns must be “willing to take the consequences” of their actions, meaning cancelling the debt and forfeiting the loans.

But not everyone agrees with this suggestion.

WA Wijewardene, a former deputy governor of the Central Bank of Sri Lanka, says that should the debt cancellation plan actually go through, it might lead to the collapse of the current global financial system.

Many of the academics who have signed the said statement are not economists, he told Al Jazeera.

“It is a galaxy of academics belonging to the social sciences field. As such, it needs to be critically appraised because, if accepted for Sri Lanka, it in fact provides a blueprint for a new world economic order.”

He added: “The present economic order is an interdependent, interconnected system. If you break this, the world will collapse. You don’t know what would happen thereafter.” 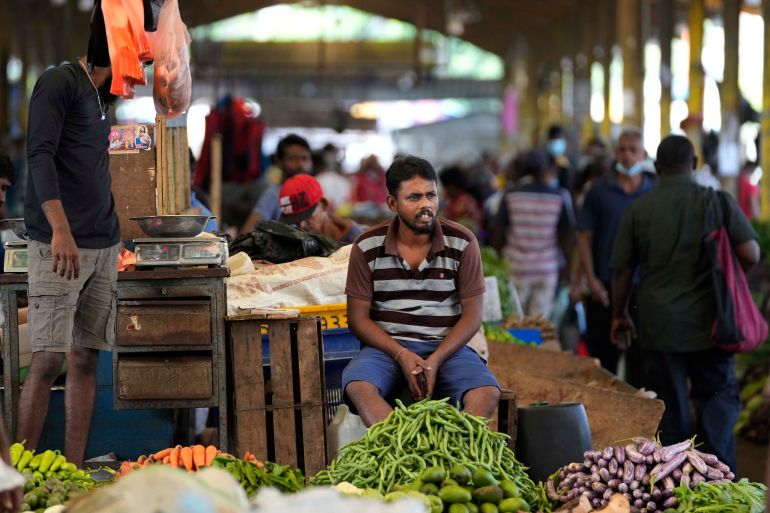 Wijewardene told Al Jazeera that he was surprised that Dani Rodrik, “who was a strong advocate for Washington Consensus, ie neo-liberal economic reform throughout the world” and Thomas Piketty, “who is from the opposite camp,” are on the same platform calling for debt cancellation.

Instead, he said, these academics and economists “should argue for the accountability to be established”.

“Money borrowed has been wasted or appropriated by rulers, leaving [out] people who haven’t benefitted from them. Those rulers should be made accountable for the losses and we should fight to establish a governance system in which they should be prosecuted for their crimes,” he said.

Wijewardene added that the cancellation of debt would not benefit the people but “the corrupt, despot” leaders.

“Corrupt despots have already benefitted from the money borrowed. When debt is cancelled, they don’t have to repay and can continue to borrow more and use that money for private gains. This is known as the moral hazard problem in economics; that when someone has taken responsibility for your liabilities, you have no incentive to take even the minimum precautions to minimise it,” he said.

Time for bilateral creditors to step up

For now, Nandalal Weerasinghe, the head of the Sri Lanka Central Bank, has urged China and India to come to an agreement over reducing the country’s debt.

“We don’t want to be in this kind of situation, not meeting the obligations, for too long. That is not good for the country and for us. That’s not good for investor confidence in Sri Lanka,” Weerasinghe told the BBC recently.

On Friday, India’s Foreign Minister S Jaishankar, while on a two-day visit to Sri Lanka, said that New Delhi had extended financing assurances to the IMF to clear the way for Sri Lanka to move forward but did not specify what those assurances were. 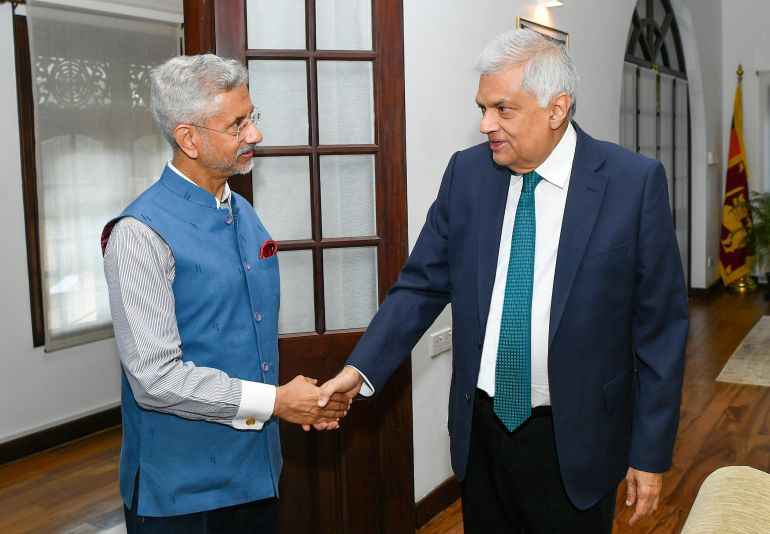 On the heels of India’s assurance, China has offered a two-year moratorium, according to Sri Lanka’s Sunday Times newspaper.

In a letter to President Ranil Wickremesinghe, the Exim Bank of China, responsible for much of the loans given to Sri Lanka, said the two-year moratorium would be a short-term suspension of the debts owed to China while asking all Sri Lanka’s creditors to get together to work out medium-term and long-term commitments.

China is yet to make any official statement in this regard.

The assurances come on the eve of a Paris Club meeting of Sri Lanka’s creditors to discuss debt restructuring measures as a prelude to the IMF funds.

The chances of China acceding to requests for a loan waiver are slim as similar demands will then come from other parts of the developing world where China is an active lender, said Dhananath Fernando, the chief executive officer of Advocata Institute, an economic policy think tank in Sri Lanka.

“When you offer a debt relief to one country, it is like a court order. Other countries will also like to get the same relief,” he told Al Jazeera.

Moreover, taxpayers in any country would not be happy to completely write off loans offered to another country, a sentiment pointed out by IMF Managing Director Kristalina Georgieva.

“It is the notion, and is actually very broadly shared by many officials and citizens in China, that China is still a developing country and therefore … they expect to be paid back because it is a developing country,” she said in a media roundtable earlier this month.

“So, a haircut in the Chinese context is politically very difficult,” but China understands that the equivalent of that can be achieved by stretching maturities, reducing or eliminating interest rates, and payments to ultimately reduce the burden of debt, she added.

Dismissing the call for debt cancellation as “impractical”, Advocata Institute’s Fernando said that all the creditors will eventually have to agree on either a haircut (reducing the debt payment), coupon clipping (asking the lenders to reduce or waive off interest rates on bonds), extending the maturity of the loans or a combination of all three.

The Japanese embassy in Colombo had not responded by press time to an Al Jazeera request for comment.

Meanwhile, supporting the call for debt cancellation, a trade union representing garment factory workers, a key employer and income generator in Sri Lanka, said the economic restructuring measures required by the IMF as part of its debt relief plan will have the Sri Lankan government privatise state-owned enterprises, impose new taxes and increase the tax rates.

None of these measures “would provide an answer to Sri Lanka’s present debt crisis,” said Anton Marcus, co-secretary of the Free Trade Zones and General Services Employees Union, in a statement. The academics’ call “should be further lobbied by all labour rights campaigners and global trade union federations when Sri Lanka’s export manufacturing and service sector is hard-pressed for orders that threaten employment on large scale, in a country that is burdened with spiralling cost of living,” Marcus said.

The World Food Programme estimates that 8 million Sri Lankans — out of a 22 million population — are “food insecure” with hunger especially concentrated in rural areas.