Sri Lanka struggles with an economic crisis that is the worst in seven decades, and the government decided to slash the army to 100,000 personnel by 2030. 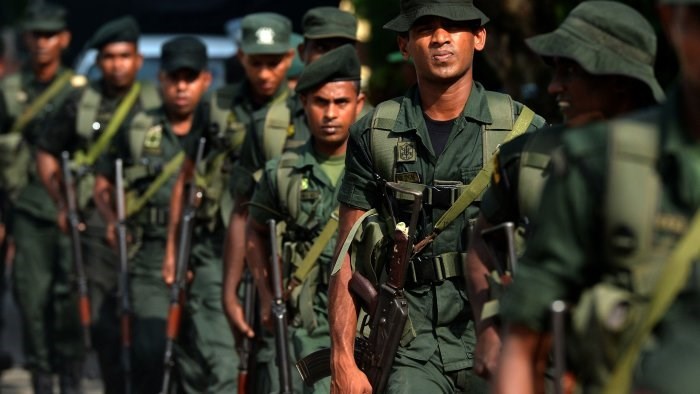 As such, Thennakoon added, the purpose behind the cut in personnel is to create a "technically and tactically sound and well-balanced" defense force by 2030.

According to World Bank data, the number of Sri Lanka's military forces reached its highest between 2017 and 2019, with 317,000 soldiers, a number much higher even when there were heavy confrontations with the Liberation Tigers of Tamil Eelam (LTTE).

According to the Colombo-based think tank Verite Research, the percentage of overall expenditures in Sri Lanka's defense industry peaked in 2021 at 2.31% of the GDP but dropped to 2.03% last year.

182 economists and development specialists from across the world claimed last week that some of the most powerful hedge funds and other investors are delaying crucial aid to crisis-stricken Sri Lanka because of their adamant attitude in debt-relief negotiations following the Asian nation's $51 billion default last year.

The group of specialists maintained in a statement provided to The Guardian on Sunday that massive debt cancellation was required to give the economy a chance to recover, and that Sri Lanka will serve as a test case for the international community's readiness to address a looming global debt crisis.

According to the statement, “Debt negotiations in Sri Lanka are now at a crucial stage,” adding, “All lenders – bilateral, multilateral, and private – must share the burden of restructuring, with assurance of additional financing in the near term.”